Dr. Smithies flies in Australia while on a scientific visit. 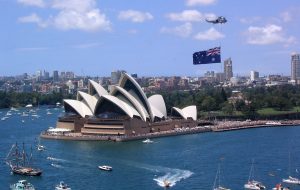 The temporary end of my flights from Morey Airport ended February 9th, now in 1979 (1978), because I went to Australia and on the scientific visit, and decided that I could learn to fly there. Not learn to fly, but I could fly there. Must have got my medical certificate back at that point, which is why I have solo again on January 24th in the Cessna, that I got back my medical, and now I can fly alone. And so, on February 19th through March 5th I have several flights in Australia. Dual check in training area, and circuits on February 18th, and then I remember, I didn’t pass the written, I was one mark short of the written exam passing, and the examiner said, well look, I shouldn’t do this, but I tell you that you were only one point short. Maybe if you read a bit more and come back tomorrow, you can pass the written test. And I passed it the next day, and then able to do the dual check right, and solo in Australia on February 26th, 1979 (1978). And I flew a local flight, so not quite local in Australia. So, this was to the coast, and sightseeing with a passenger. I remember distinctly one of the takeoffs, when still with the instructor, and he said, “Well, I’m not too happy about this takeoff and those trees,” and I said, “Oh yeah, that’s all right, we’re going to make it.” (laughs) Which we did. So, the instructor was less happy than me, but it was a person called Ralph [Waltzoff?] who was my passenger in going to the coast, and back to England. So I did manage to fly in Australia as well, and so there is Department of Transport Certificate of Validation, and a private pilot license, student pilot license, etc., US number, and where it was, from the Department of Transport, the certificate of validation so I’m, at least for a while, able to fly in Australia, effective until the 30th of April, 1978.