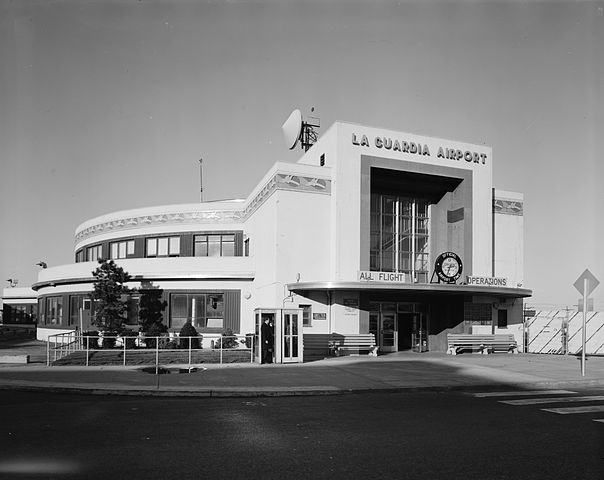 Dr. Smithies flew when it was still possible for a small, personal plane to fly into major airports like Chicago’s O’Hare. He talks about a few that he flew into.

I think all pilots at various times hope to go to an exciting place, and I started flying early enough that it was still possible to go into some of the major airports without any real difficulty. And, for example, although in this case it was a duo with Field Morey as piloting command, I flew to O’Hare for a night landing… So I went with Field Morey into O’Hare, but I would try various ways to get into these, you might say, to almost trophy airports. And I have a nice one into Toronto International, too, on November 4th, 1982, still with 20866, a four-hour and five minutes flight, VFR on top over the lake until London, and then down 9,000 light rime ice with an outside air temperature, zero to two degrees to minus two degrees, descended to 6,000, but still ice again. The radio quit on 127.575, and had to be worked by departure on 122.8. The bases were at 6,000 above ground in light rain, ILS 2-4 into Toronto International. Next day, the radio was working again, and VFR in the clear with a light haze, etc., but with a 20-knot headwind. So that was one of my entries into Toronto Island. I had one into LaGuardia, to the first time was on — well, I had more than one into LaGuardia, but the first time was on March 20th, 1983. It was an instrument flight part of the time. And nothing about it in particular. Clearance and release without a problem, but initially via Baltimore, modified to direct, and had to report in many intersections near Philadelphia, but VFR and pretty. Butler Aviation at LaGuardia were very unhelpful, and it was getting close to dark, and I had a big search for tie-down in the dark, but ground there, air traffic control, ground, they were very helpful and patient in helping me. So even though Butler Aviation weren’t helpful, LaGuardia ground were kind to me. I have another one of these flights in 20866 into airports that I wouldn’t be able to go into anymore. In 19 — the years are a bit of a problem here — 1979, June 16th — well… It was a long series of flights that began earlier than that, began June 8th, from Morey to Fort Wayne in 20866, and then Fort Wayne to Pittsburgh, and then Alleghany County, and then to Ithaca, New York, and Ithaca, New York to Laconia, New Hampshire, and a local flight at Laconia, sightseeing over the lakes, and then to Plum Island, and Plum Island to Concord, New Hampshire, and Concord, New Hampshire to Kennedy International on June 16th, two-hour flight, hazy IFR. And ILS three-one left, but actually it was a visual, but there is a note there that I was overtaken by a 747, and I remember this visual, and I was on the ILS 3-1 left [approach?], and being told by the tower, “20866, you’re about to be overtaken by a Boeing 747.” Then, with a rather dramatic pause, then, “Below you.” And, sure enough, then a 747 comes from below and lands ahead of me. It must have been some distance out; otherwise, I would have had wake turbulence problems. But, of course, with him being below me, I didn’t have any immediate problems, and I have a signature from Allen Scott at Kennedy, saying with a note “behind a 747.” So that was into Kennedy. And the reason was to pick up my brother Roger, who had come from England, and he and I took off the same day. So with Roger I returned from Kennedy via Martha’s Vineyard, Bar Harbor, Maine, and into Quebec, Canada, Saint-Cedres Quebec, and Toronto Island, and Guelph, and something I can’t even read here from Guelph, Ontario to Cheppaid International, and then from there to Sault Ste. Marie, Michigan, and Michigan back to Morey, getting back on the 20th of June, so having flown several days on this trip with Roger. On that trip, I have a note that I went into Toronto Island Airport, but no one remembered that I had been there some time earlier, many years earlier, in my first flying days.